The Role of Meditation in Sport 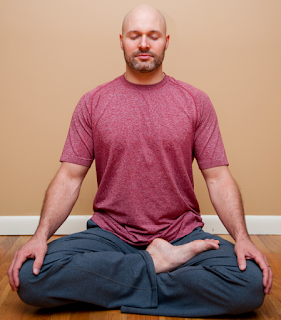 I remember going into the green turf room just down the hallway from my locker room before my lacrosse games in college at Susquehanna University. I would disappear from the locker room for 5 or 10 minutes to find my posture of stillness. These brief sessions are amongst the most important meditation practices I did throughout my time in college. They were always, without question, the most enlivening meditations. Meditating before a highly competitive game that you pour hours of practice into every day is a different beast altogether than the meditations I would do outside of athletics. Even today, as I write about this experience, I can feel the subtle threads of anxiety coursing throughout my body, my mind trying to figure out a way to cope with the stress of competition and leadership and the vibrations of aliveness that would build throughout my meditation.

To be honest, I was trying to calm myself down. I was sitting in an attempt to be less attached to the outcome of the game. I was sitting to be more accepting of my performance, good or bad. I was in my meditation posture to be more present to the game so that I could perform better. But underneath I really wanted to get rid of this intense vibration of aliveness that felt like immense anxiety.

Without fail, the longer I did my meditation before a game the more anxious I became. I couldn't distract myself from the energies coursing throughout my body and mind. While I calmly breathed and the experiential intensity grew I started noticing that my body and mind had an intelligence all to it's own for conducting this energy fluidly throughout myself. The more "conductive" I became, the more powerful of presence I had to lead my team on the field. Meditation appeared to galvanize more strength and energy within me. This undoubtably made me a better competitor.

What was failing in my mind was I wanted meditation to make me more comfortable before games. This never worked, ever. While I didn't know it at the time, meditation was powerfully sculpting my nervous system. I was becoming more "vertically integrated" as Daniel Siegel eloquently describes it.

Intense anxiety for athletes often results in a fragmentation in their nervous systems which compromises performance... always. The mind usually starts to spin out into various scenarios following a few basic fantasies. The first involves disaster scenarios the second involves fantasies of everything turning out positive and for the best while one of the most fearful fantasies formulates a story that the game doesn't "really" matter. The first two are an imaginary world that is disconnected from the actual territory of what's happening in the larger reality around the athlete, while the last option is a fantasy fueled with a blunt lie to themselves to buffer just how much the game (and their life) does mean to them. For athletes caught within their own private fantasies they are "sitting ducks" to a competition who's nervous systems are sculpted to attend to the specificity and nuance of what is actually going.

For me, my anxiety was increasing but my mind was getting closer into contact with what was going on in my body. While I didn't realize it at the time, this was growing my nervous system in essential ways.

To cover just one point, meditation practice strengthened my anterior cingulate cortex, or ACC as it's often called. By growing my brain's connectivity to the ACC I was able to have greater influence and control over my attention. I was becoming more in control of what's called my "executive attention," not my less complex and impulsive facets of my brain.

For you young athletes, the one's who are traversing the territory out of adolescence and into young adulthood take this into consideration: Your ACC is often called the Chief Operating Officer of your brain. You started to grow a tenuous connection to your ACC between the ages of 3 and 7. But this integration will not be complete well into your adulthood.

Accelerate your ability to aim and sustain attention with your intention.

This translates into you focusing on the right cues under pressure and in the face of distractions. It means you can process emotions quicker and not get suck in the stories that surround challenging emotions. During games the ACC supervises what is happening with your attention. For example, if you start focusing on outcomes during a play, the ACC can stop this daydream and sharpen your attention onto the specific cues your mind needs to be tracking to be successful. Furthermore, in the face of adversity, which good competition always provides, you can stay focused on you, your behavior and your strategies instead of uncritically watching your opponents.

So, meditate. As I often call it, practice managing your attention. Do it rigorously. Do it regularly. What you are capable of achieving depends largely on your ability to manage attention.

Rob McNamara
Author of The Elegant Self & Strength To Awaken

Clarify your goals
Acheive your dreams